SCOTUS Justice Breyer will step down

Anna Marie Hysell is the founding and managing attorney of the Law Offices of Anna M. Hysell.  Her passionate advocacy and perseverance on behalf of her clients has earned her a reputation amongst her colleagues as one of the most promising litigation attorneys currently practicing in the United States.

As one of the leading lawyers, Ms. Hysell discovered her passion for civil rights while a law student at the University of Wisconsin Law School.  She studied immigration and nationality law under the Honorable Paul Grussendorf in San Francisco as a visiting student in 2001.  Yearning to get experience, she procured a legal internship with the Lawyers Committee for Civil Rights where she worked for its pro bono asylum program, a project dedicated to representing low-income persons and refugees fleeing torture from their home country. 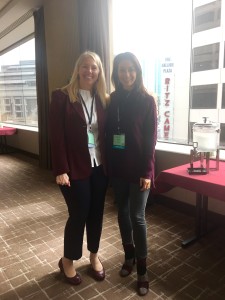 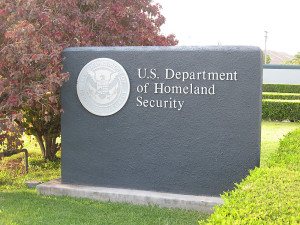 In 2002, she graduated and was recruited by the U.S. Department of Justice for one of the prestigious positions with the Attorney General Honors Program under former U.S. Attorney General John Ashcroft. Ms. Hysell was sent with a team of Government attorneys to the Federal Law Enforcement Training Center in Glynco, Georgia where she was provided advanced training in all aspects of federal litigation. She served the federal government in San Francisco, California.  Ms. Hysell litigated hundreds of deportation, removal and asylum cases before the Immigration Court, advised the U.S. Attorney’s Office in Northern California about U.S. criminal immigration consequences, and various units of U.S. Immigration and Customs Enforcement (ICE), including ICE Investigations, Detention and Removal, and Fraud Detection.

After establishing a successful litigation record, Ms. Hysell established her own law practice in 2006 in San Francisco. In 2009, Ms. Hysell decided to return to her native Southern California to open an office in North San Diego County so that she may service clients from the Bay Area to the Mexican Border.  She is a frequent speaker at law conferences and workshops providing training to other lawyers and is a law school guest lecturer.  As a dedicated lawyer, business woman, and mother, Ms. Hysell is committed to represent individuals with the resolve, compassion, ethics and values she believes everyone deserves.  During her free time, Ms. Hysell enjoys travel, reading, skiing, hiking, football outings, and sharing the world with her children. Ms. Hysell is licensed by the State Bar of California and is authorized to practice before all US immigration courts, the California State Courts, the U.S. District Court of Southern California, and the U.S. Circuit Court of Appeals in the Ninth Circuit. 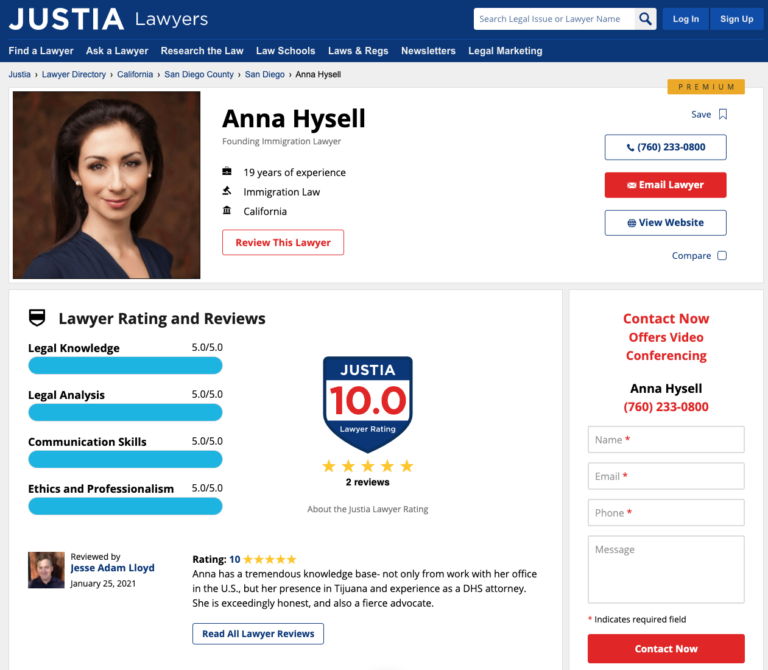 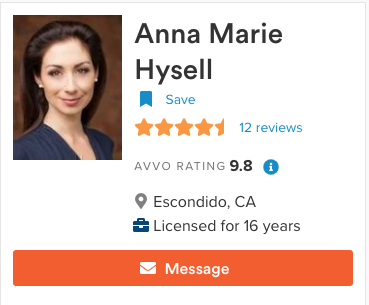