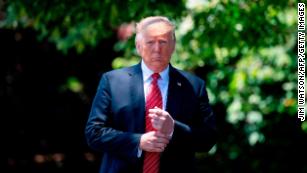 On Monday night, before a rally in Florida, President Trump tweeted that “Next week ICE will begin the process of removing the millions of illegal aliens who have illicitly found their way into the United States. They will be removed as fast as they come in”.  This threat seems to be an exaggerated attempt to rally his supporters, as removing millions of immigrants at once would be all but impossible.

Deporting millions in the manner he suggests would be a legal and political nightmare.  Immigration and Customs Enforcement officials would have to apprehend immigrants as they leave their homes for work, go with their families to church, drive in their neighborhoods, or get off planes.  Buses and planeloads of migrants shipped away, families destroyed and communities upended. And many of these families have children with US citizenship.
This administration has done it already — although on a smaller scale — and the outcry from civil rights organizations, advocacy lawyers and everyday citizens has come swiftly.
What’s more, ICE operations are generally kept secret to maximize their effectiveness. Any large-scale immigration efforts require weeks of planning, and here Trump is basically giving a warning to migrants who might be targeted for deportation.
U.S. Immigration and Customs Enforcement is averaging approximately 7,000 deportations per month from the U.S. interior, according to the agency’s latest data. With unauthorized border crossings soaring under Trump to their highest levels in more than a decade, ICE has been facing a shortage of funds and detention beds, and experts say that a large-scale push to arrest and deport hundreds of thousands of migrants would be exorbitantly expensive and highly unlikely.
The sensitive plan is aimed at sweeping up and deporting thousands of migrant family members in major U.S. cities who were ordered to leave the country after their cases were evaluated by immigration judges. Department of Homeland Security officials say the arrests are at the heart of their attempts to deter Central American families from making the journey north.
Remember to be aware of your Rights.
Some things to consider in order to be prepared for a potential ICE Raid: 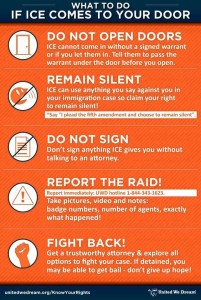