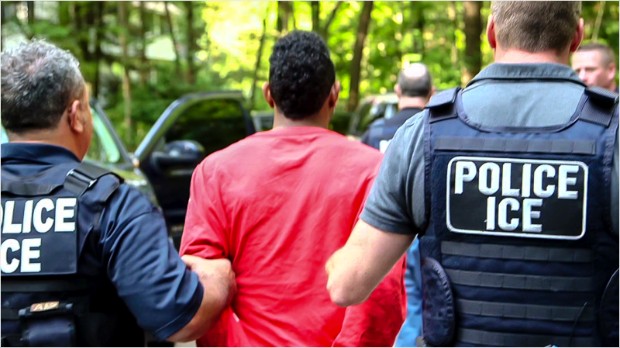 The Supreme Court will have several important decisions looming related to President’s trump’s immigration agenda after the Lower Courts denied several of his proposed changes.  Federal courts have dealt two major setbacks to the President’s  immigration enforcement strategy on the southern border, preventing him from commencing his plan to detain families for longer periods and to expand the administration’s power to fast-track deportations. In rulings late Friday, federal judges in California and Washington, DC, blocked two Trump rules from going into effect. One would have eliminated the 20-day limit on how long immigrant children can remain in adult detention facilities. The other would have allowed the administration to deport tens of thousands of immigrants without a hearing.  Both are important parts to the administration’s goal to drive down the number of asylum seekers showing up at the southern border.

Almost 458,000 families were arrested at the border between October 2018 and August 2019 as unprecedented numbers of families flee rampant crime, violence, and corruption in Central America. Trump has seen these rising numbers of border arrests, generally considered a proxy for levels of unauthorized immigration, as a crisis worthy of declaring a national emergency in February.  Trump still has many other tools at his disposal to target migrants on the border: they can be returned to Mexico to await decisions on their asylum applications, barred from obtaining asylum if they passed through another country before arriving in the US, or sent back to the Northern Triangle countries of Guatemala, El Salvador, and Honduras to seek protections there.

But Friday’s rulings will slow down those strategies, unless they are reversed on appeal — proving that the courts have increasingly become a barrier to Trump’s immigration agenda.  Under current law, the US has only been able subject a small proportion of immigrants to these “expedited removal” proceedings: namely, individuals who are arrested within 100 miles of a land border within two weeks of their arrival. But the rule would have also included immigrants found anywhere in the US if they arrived within the last two years, a substantially larger group. That would have given the US Immigration and Customs Enforcement a green light to sweep communities across the country for unauthorized immigrants and deport them quickly.