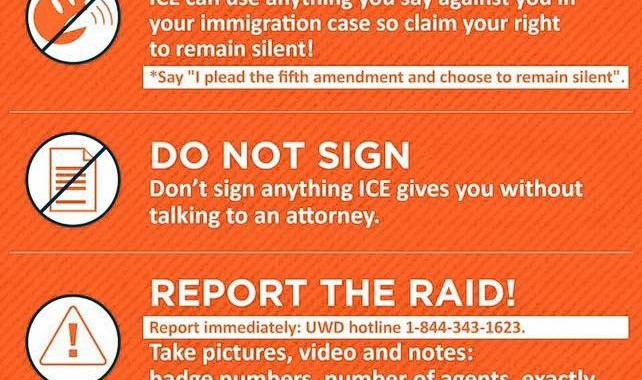 Under the Trump administration, the policy for enforcement was geared toward arresting and removing anyone in the country illegally regardless of criminal history or community ties.  Trump, whose administration took hundreds of measures to restrict both legal and illegal immigration, early on directed ICE to apprehend anyone who was in the country illegally. In June 2019, he tweeted that “next week ICE will begin the process of removing the millions of illegal aliens who have illicitly found their way into the United States.”  This never actually happened to a high degree, as total deportations were higher under President Obama.  However, this type of policy is set to change with the new administration, as immigration enforcement in the U.S. would be more targeted under President Joe Biden than under his predecessor, with authorities directed to focus on people in the country illegally who pose a threat.  The guidelines set a new course for U.S. Immigration and Customs Enforcement.  Under Biden, ICE would primarily apprehend and remove people who pose a threat to national security, committed crimes designated as “aggravated” felonies or recently crossed the border.

A memorandum was released on the policy, effective for 90 days, which outlines the administration’s priorities for deportation.  The Department of Homeland Security, which oversees ICE, portrayed the new guidelines, which are considered temporary until a permanent policy comes down in about three months, as a more effective use of resources at an agency that has about 20,000 law enforcement and support personnel.  The new guidelines could shield a substantial number of people.  At the same time, DHS officials have noted that they do not specifically exempt anyone from being arrested and removed from the U.S. if they are illegally in the country. But they set out a series of priorities for removal, and agents and officers would be required to get approval to pursue cases that aren’t in the three main categories.   The national security category includes anyone suspected of involvement with terrorism or espionage. The border security category covers anyone apprehended along the border or point of entry or who came into the U.S. after Nov. 1. The public safety category applies to anyone convicted of a crime that involved their “active” participation in gang activity or convicted of an aggravated felony.