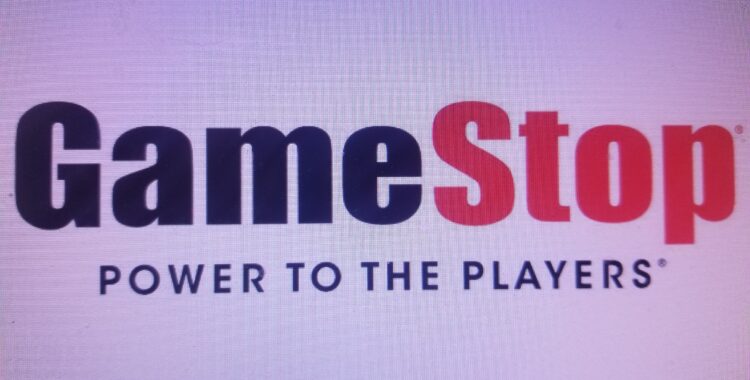 It has been a wild few weeks in the stock market with many political leaders now chiming in their 2 cents on what has transpired in GameStop, ticker GME.  The stock had been single digits for a long period of time and gradually worked its way back up into the teens, until mid January when it began to explode for no clear fundamental reason.  The stock reached a high point last thursday of $483 dollars per share, to now falling back to below $100 per share, with some online brokerages suspending trading along the way.  The media initially had gravitated towards a “The Little Guys Won!!!” narrative due to a popular Reddit message board in which many retail traders discussed their intentions of buying the stock in order to create a “Short Squeeze”, and several corresponding highly publicized Hedge Fund losses.  “The Little Guys Won!!” makes for great sensationalistic headlines, so its easy to understand while the early Vague evidence may have suggested that it was “small investors” who made more money in this move and it was the “Big Bad Hedge Funds” that lost their as-es.  However, taking a deeper dive here, there absolutely Zilch evidence to suggest that smaller investors somehow profited more from the GME spike/volatility than large investors, or that small investors were more responsible for its huge move higher.  In fact given the Short Interest numbers in GME prior to it making its meteoric rise, there is more evidence to suggest that there were far more smaller investors stacked on the wrong side (SHORT).  But its not news worthy to report retail traders being forced to cover losses.  And on the flip side, there is plenty of evidence to suggest large investors played a huge role in sending the stock upwards.  Elon Musk for example tweeted about the Message board before it skyrocketed much higher.  Mr. Musk notoriously hates Hedge Funds who short stocks, in particular, hedge funds that short HIS stock.  The hedge funds who took the biggest losses in GME were also short large positions in TSLA as these are publicly available disclosures.  So… was it “the little guys ganging up and winning” pushing a stock from 10 to 500, or was it the Trillionaire and maybe some of his billionaire pals who hate Hedge Funds that are short his stock that might have had their hand in this, while conveniently pointing out the existence of a Reddit message board, ie “it was the little guys”.  One Billionaire’s vote in the stock market is worth all the little guys votes combined, because even with the most sophisticated Message Board known to man, it is impossible for a Billion little guys to coordinate separately an amount equivalent to one huge investor.

So, back the question.  Did fraud occur?  Was there Market Manipulation in GME?   The answer is NO.  There will be no convictions and no charges brought against anyone in this situation.  Message Boards are nothing new.  People can buy stock and tell others to buy the stock using online forums.  Knowingly spreading false information?  That’s a different story, and that CAN be prosecuted by the SEC.  But buying a stock in order to trigger a short squeeze and discussing that strategy in an online forum?  Not a crime.  A bunch of people posting online that they want to “shoot a company’s stock to the moon” is not illegal under the Securities Exchange Act of 1934.  And it certainly is not collusion either. GME stock went soaring because it had an outrageously high “Short Interest %”.  This is a market wide metric that gives you the percentage of the available float of a company (the shares publicly available for trading not closely held by insiders) that is currently being shorted by all market participants.  In this case of GME, there was 140% short interest.  This indicates that short-sellers had borrowed every single available share that any retail investor who owned GME had, but they also were given leverage to essentially tap into closely held shares.  Even if the company is a 100% lock to face future bankruptcy, this presents a dangerous situation for betting against the company by shorting the stock.  What can and did happen is that in the Game of Tug of War between longs and shorts, essentially all long side “tuggers” let go of the rope at the same time forcing shorts to fall on themselves causing bodily injury forcing them to exit the contest altogether.  There were not enough available shares to be delivered to new buy orders.  The Gaming industry experts and analysts who have been chanting that GameStop will inevitably be the next Blockbuster Video for the last near decade are left crying and pointing fingers at potential “market manipulators”.  If anyone is to blame here for this excessive volatility its our Regulators for allowing so much leverage to exist in our financial system which enabled this outrageous 140% short interest ratio to exist.  While the market’s freedom to Short stocks can and does provide a valuable counter measure to both inflated values and rooting out corporate frauds, (Enron for example), A limit of 49% short interest ratio seems like a reasonable idea for Regulators to consider.  No more than Half a company’s float should be allowed to be collectively held in a short position.  A short stock position has unlimited potential losses therefore some Regulation is warranted.

The Online brokerages suspended Opening position trading briefly because they didn’t have enough capital to meet clearing obligations.  The media and lawmakers quickly pointed to a conspiracy theory in which the “big bad Wall St firms” made the online brokerages do this at the expense of the little guys.  Once again this is total falsehood.  The brokerages didn’t just suspend “Buy” orders they also suspended “Short” orders in equal measure.  “Opening Transactions” means any buy or short-sell order that doesn’t close out an existing position.  It costs an enormous amount to guarantee the trades of a volatile 400 dollar stock.  The process of guaranteeing trades is known as “Clearing”.   Brokerages such as Robinhood or TD Ameritrade just didn’t have the capital to guarantee the trades.  To put this in prospective, imagine you were a Bookie who told all of your grad school classmates you would “Guarantee” their bets for the year.  You had 30 classmates at the time.  Now all of a sudden, 5000 new transfers showed up to your class in a single day holding up their tickets screaming “PUT my XYZ” bet in! YOU PROMISED US!  YOU SAID YOU’D GUARANTEE OUR TRADES.”  You have about 100 bucks in your pocket for capital reserves.  What are you supposed to do???  Just continue to accept the bets knowing they most likely won’t be settled properly?  Or, do you need to take a “Time Out”, to head over to your local bank and fill up your pockets with more cash to ensure everyone’s bets are properly placed and cleared, while also making sure you are better organized and equipped to handle the massive influx?   If you “suspended” betting activity does that mean you are part of a conspiracy to “screw the little guy better”?   No. No. No.  This is the situation that the online brokerages faced and its really not that complicated, and wasn’t part of a Wall St “scheme” to screw the little guys.  There was no conspiracy to hurt small investors, Despite what many Politicians such as Senator Elizabeth Warren have now chimed in lately to suggest.  “WE NEED TO PROTECT THE LITTLE GUY ” becomes the popular Uneducated and Uninformed mantra of our politicians during situations like this.

So who won from what happened?  Who lost?  The answer is likely no different from any other day’s stock activity. Some small investors won and lost.  Some big investors won and lost.  Why do we even care from a legal standpoint?  Let’s assume under different scenarios where Market Manipulation DID occur.  Let’s assume someone knowingly spreads false information about a stock after buying it.  This CAN be prosecuted and is often enforced by the Securities and Exchange commission. Or perhaps a “pump and dump” scheme. Market manipulation is considered a fraud crime: https://www.fbi.gov/scams-and-safety/common-scams-and-crimes/market-manipulation-pump-and-dump-fraud.  Or, if someone buys a stock based on non public information, ie “insider trading”.  All of these are definite criminal activity and will be prosecuted.

Agg felony is defined under Section 101(a)(43) of the Immigration and Nationality Act (INA). The relevant part here is

(i) involves fraud or deceit in which the loss to the victim or victims exceeds $10,000; or

(ii) is described in section 7201 of title 26 (relating to tax evasion) in which the revenue loss to the Government exceeds $10,000

is an aggravated felony.

Always throw a red flag up if someone presents you with an “opportunity to make money together”.  And be careful about what you post on public message boards as this could wind up being used as evidence against you if what you are posting is false or non public information.